Besides leading the work of Child Evangelism Fellowship, John serves at Camp Good News in different capacities, and speaks in local churches throughout Maine. He has made numerous trips to Africa, helping with camp and other C.E.F. ministries. In recent years, he has been teaching at Children’s Ministries Institute in Warrenton, MO during the Spring and Fall.

John served as the state director for Child Evangelism Fellowship of Maine from 1986-2016 and resumed the position in October 2018. He also serves part time with C.E.F. Headquarters in Missouri. He’s a valuable liaison between the ministry of C.E.F. and churches, because he pastored a church nine years prior to serving full-time in C.E.F..

While serving in the US Air Force, John was saved in November 1973. He says it was “the most significant event in my life”. John says, “My parents were saved when I was in high school; therefore, I had heard the Gospel many times, but had chosen to live in rebellion. I believe today that God used the faithfulness, love, and prayers of my parents to bring me to Himself. That day in Massachusetts, I believed that I was a sinner; that the wages of sin was death, but that Christ had died for me. I asked the Lord Jesus to forgive me on the basis of His death in my place. I got up from my knees forgiven and a part of the family of God.”

John & Ronna have been married 48 years, have two biological children and one foster son, all committed Christians. Those three have blessed the Romano’s with nine grandchildren.

John and Ronna’s first child, Rachelle, was born in August 1973, shortly before John was saved, and their second child, Anthony, was born in November 1975. Their own children were instrumental in impressing upon them the importance of a ministry to children. “I did not want my children to share in my testimony of rebellion, but rather the testimony of Timothy, ‘Who from a child knew the Scriptures which were able to make him wise unto salvation.’”

Being a part of Child Evangelism Fellowship, Inc. gives many opportunities to reach children with the Gospel of Christ. 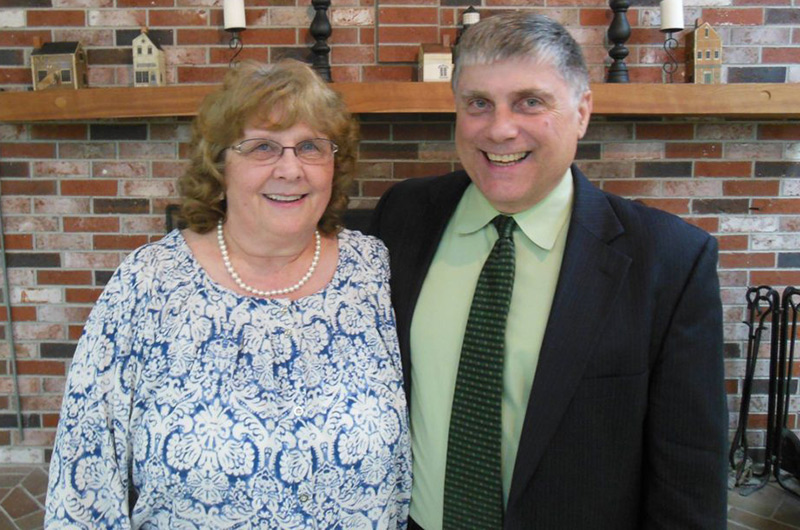 Have a question?
Find
My Chapter
Search