Here are a collection of just a few of the stories from around our state. We update these stories regularly, so check back often to see how God is working across Maine.

John Romano
Roger has spoken a number of times at our pastor’s retreat. He is an excellent Bible teacher with a wealth of pastoral knowledge, experience and wisdom. I am thankful He is willing to make the trip from Missouri to share with us once again. I look forward to seeing you also.

Ellyanna Rollins
Good News Club
Ellyanna is 12 and lives in Bowdoinham. She’s in 7th grade, and has been involved with Good News Clubs for about 4 years. “My stepmom said I should go try it… I liked being around other kids.” Elly is very good with kids, and is excited to tell me that her mother is expecting twins, a boy and a girl. Life has changed a lot for her since that first visit. “I asked Jesus into my heart… the second time I came to Good News Club.” she says with a smile. She helps with memory verses and games with her friend, Donna Woerter’s club since she is now part of the Junior Leadership Initiative. “I love the games and the songs.” She has really enjoyed the training she’s received and the fun the junior leadership all has when they get together. This summer and fall she plans to continue helping Donna out where she can, and hopes to come to Camp Good News for a week of camp! 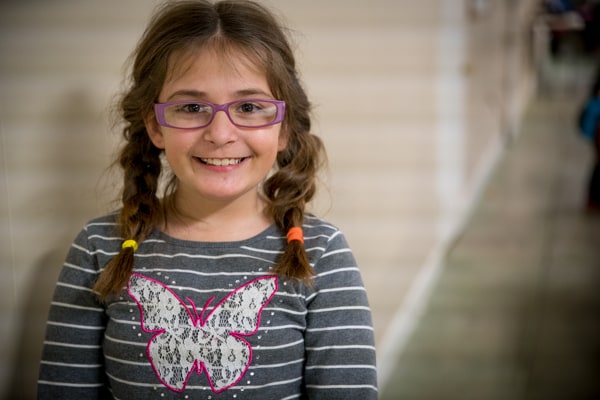 Lydia Castaneda
Good News Club
Nine year old Lydia says her favorite part of Good News Club is the games. “We play games like dodgeball, catch marbles, and a lot of things that are like that.” After games, she says, “we go into our prayer spot and do memory verse things.” She says the most important part is “the Bible stories. We are learning about the family that Jesus was in.” Lydia knows many of the children from her neighborhood who are attending, and is excited to name them off! Over the past five years of attending, she has heard many Bible stories and had many opportunities to hear about God. We hope she is a familiar face for years to come!
Read More 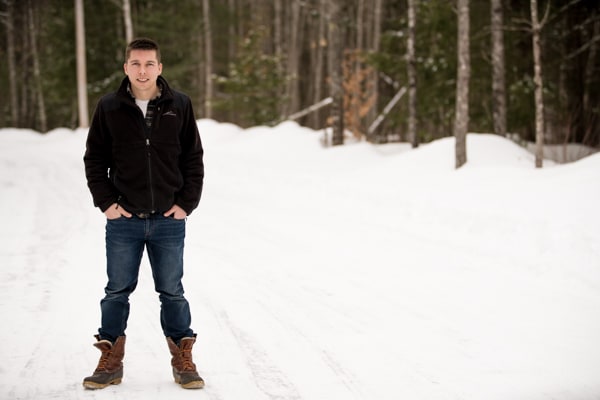 Kevin Lambertson
Southern Maine CEF Director
I got started at camp when I was 6. Kind of grew up with summer ministry teams coming down to our church in Wells. Started doing CYIA, and through that, my first year of CYIA, Larry and Debbie Porter were just coming on as directors, and I saw him doing what he was doing, and I told him, ‘I’d like your job someday,’ ‘cause I thought it looked awesome. Jennie… had grown up going to camp, always went to CYIA. We were dating, she was at Liberty University, I was in my second year at Lancaster Bible College, and we both started praying about what God would have us do. We started praying individually without talking to the other about camp and prayed for about three weeks before we told each other, then realized we were praying for the same thing. So we called Mr. Romano, and Mr. Romano said, we’ve got a place for you here in southern Maine. That was in 2011 that we came back. We started working toward stepping into the directorship. It was really seeing Mr. Larry lead that made me think, ‘Hey, I could do that.’ The first few years that I was coming on and then was an intern we looked more towards parks in Portland, and Lewiston. We’re trying to go back and build on that, trying to connect with those inner city churches. We’re able to work alongside each other and hopefully learn new things. One thing we’ve started that’s unique to us is the Junior Leadership Initiative. We didn’t have a chance to implement it in our area till just two years ago. We did our first training and it went great, 21 teens, we thought this is gonna be fantastic. And it’s good ‘cause it’s taking those… middle schoolers, that either were too old to come back to Good News Club, or 5th graders who needed a purpose in club, so Junior Leadership was just the way to keep those kids around longer, the right way. A lot of the teens we had for our first training are still involved in some way.” When asked where he feels they need help the most, he answers, “We’re doing two things not at their fullest potential. One is reaching the immigrant community. The other is that we’ve got Monhegan Island in our area. There are two ways to get there, and it’s an hour and a half ferry ride either way. There’s kids there, and there’s a number of different islands like that. We’re missing the extreme edges of our area demographically and geographically. If I’m gonna be in those communities and reach them, I have to move to that community and show I’m gonna be there for a the long haul. In the smaller communities, it’s a volunteers from within those communities that are going to make a difference.” We hope to see many helping hands join forces with southern Maine to reach these areas for Christ!
Read More
Page 1 of 512345»
Volunteer
Ready to have an impact for Christ in the lives of children in your community? Contact us to volunteer at our camps and local programs!
Learn More
Tell us your story
Do you have a CEF story to tell? Well drop us a note and we'll follow up to hear that story. You might even be featured on this page.
Find
My Chapter
Search