Here are a collection of just a few of the stories from around our state. We update these stories regularly, so check back often to see how God is working across Maine.

Graycee & Mary
Campers
Graycee has been attending camp at Blueberry for two years, and Mary has been coming for almost 5. At the young ages of 10 and 13 respectively, both are already beginning to help out around the camp as staff during Arctic Blast weekends in the winter. “We’re setting the tables and cleaning them.” Gracie discusses her favorite winter activities. “It’s either between sledding and the night games that we play. There’s Mission Impopsicle, and sledding and ice skating.” They have both loved the opportunities to grow in Christ. Gracie says, “We had a pastor one week in the summertime, and we were talking about the fruits of the spirit and how they really related to the parts of a tractor. It really helped me understand what the fruits of the spirit are.” 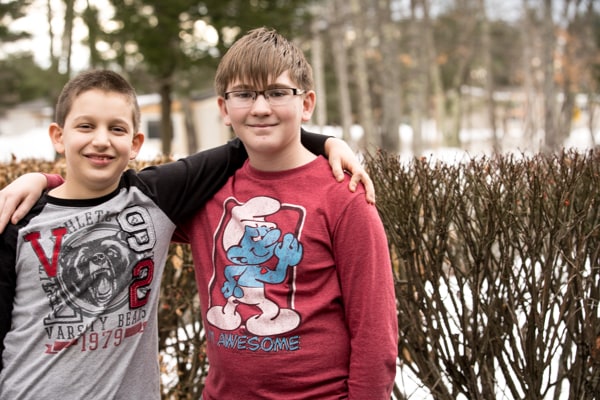 Ian Walker and Keenan Jones
Junior Leadership
Both Ian and Keenan are involved with the Junior Leadership program in Central Maine. Keenan has been involved for the past two years, and Ian has been involved ever since he can remember, as his father is the regional director. Ian says, “We have been starting to do groups, where we take some of the kids and talk to them how their weeks been going and stuff, and we do a review, and other things to help out.” There are about 10-20 in their Good News Club. Keenan tells how he got involved. “I heard about it about two years ago, and saw it in my mailbox in my classroom.“ He has since become an integral part of the leadership program and enjoys being involved. When asked how it has changed him, Ian says, “For me, it’s like my everyday life, I feel like it’s an everyday thing, but to see other people come and say, whoa! You know, seeing it how they see it.”
Read More 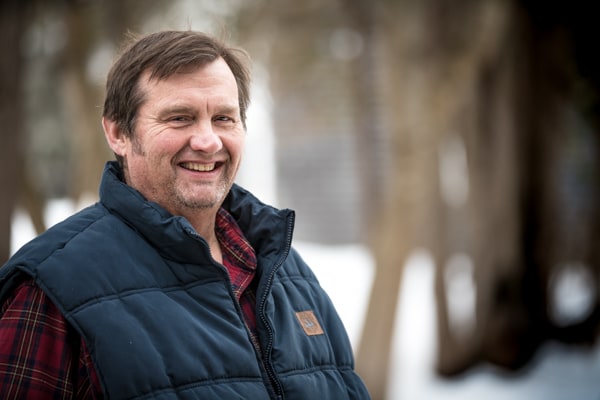 Dan Veneble
Pastor | Cornerstone Baptist Church
“I’m a Good News Club leader. We’re in our sixth year. My wife and I met at a Camp Good News in New Hampshire, so we loved CEF, and actually in college we were fairly confident we were going to make a full time ministry of CEF. She and I both taught five day clubs and good news clubs before we met.” However, God called him to the pastorate in Tremont, Maine. “We said, where are the kids? Well, they’re in school. So we have to go into the schools. I have one little boy who just started coming this year. Never heard the Gospel. And it’s so cool to be the first ones to tell them!” He then tells me a bit more about where he lives. “There’s about 8500 people on our island. Of that 8500 only 5% go to any Gospel preaching church at all. If you put all of us in a room, that’s about 200 out of 8500. It’s just wide open. We don’t have to go anywhere to fulfill the Great Commission. Jessie (Director of CEF of Eastern Maine) offers us the tools we need to reach those whom God has called us to. So she’s helping to build our church.”
Read More 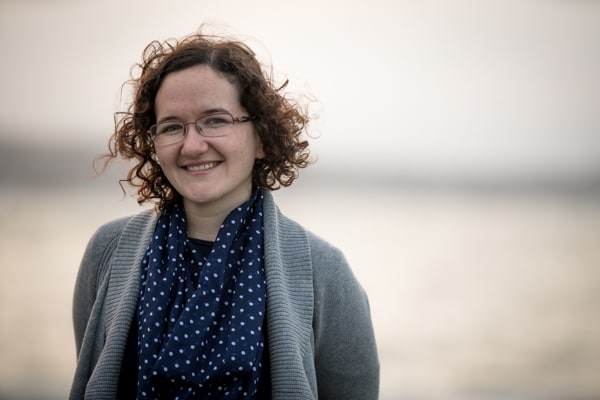 Jessie Lofton
Eastern Maine CEF Director
When Jessie became director of Eastern Maine, there were just three Good News Clubs across her area. When approached by an area pastor about starting a 5 day club, Jessie dove right in. “We didn’t have anyone at the first club, so you’re like, okay, well, tomorrow! Then the next club we didn’t have anyone, and then the third club I think we had one grandchild [of a volunteer]. That’s what it’s like here though. You can’t even be disappointed. We tried different things. And at the end, I said, ‘How about [a] Good News Club!’” But having not seen wild success, they were hesitant to get it started. “So I went, maybe in November, and they hadn’t started anything, and I just went all the way down to the island. Like, 45 minutes, and I said, ‘I will help you. I will go, I will teach with your team. So really they helped me know how to help a group start. Trial and failure, but we started a Good News Club!” This attitude of willingness, sacrifice, and persistence has started to pay off in the seven years of Jessie’s leadership. “Having grown up in Good News Club, being reached there, feeling raised by CEF in a spiritual sense, and being in Bible school due to CYIA, I realized I need to do [this]. That’s my thing. I’m teaching Good News Club in the school I was saved in! And I can’t leave. You don’t know who’s there.” Then she shares, “One time I was driving, and I see Ellsworth in the dark, up on a hill, and there’s light, and it’s like the song City On a Hill. And that was playing. And I’m like, I have to do this. This is the mission, right here. I have to.”
Read More
Page 3 of 5«12345»
Volunteer
Ready to have an impact for Christ in the lives of children in your community? Contact us to volunteer at our camps and local programs!
Learn More
Tell us your story
Do you have a CEF story to tell? Well drop us a note and we'll follow up to hear that story. You might even be featured on this page.
Find
My Chapter
Search